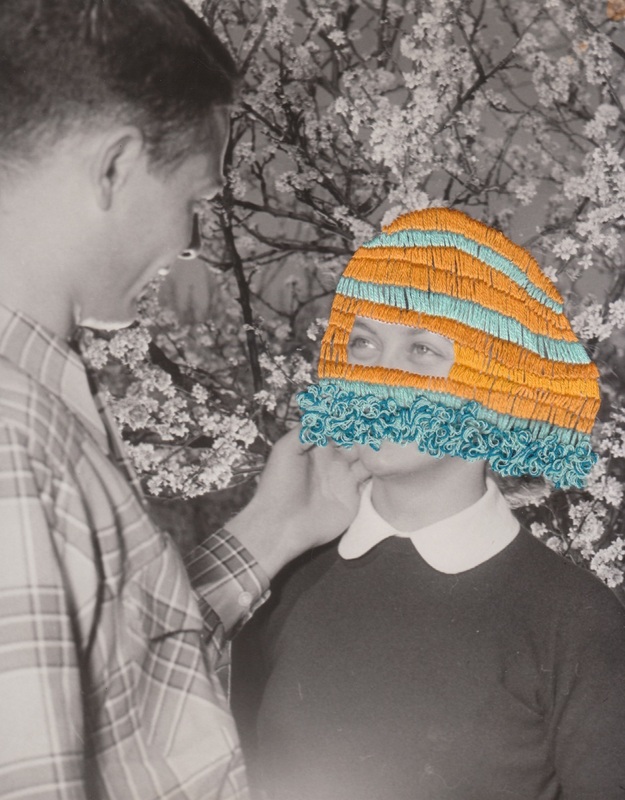 Bradford’s work consists of elaborate crocheted headdresses and masks, made to fit both human and animal forms. She uses the traditional process of crochet, which she learned from her grandmother, to explore our notions of identity, and how we hide or reveal our true selves through masking our physical forms. In describing her process, Bradford says “I am creating original species each with their own specific narratives. I am seeking to reveal hidden worlds and enable people to reevaluate realities. I present viewers with objects that enable them to glance into a different universe.” Elaine Bradford lives and works in Houston, Texas. Her work has been exhibited across the United States as well as in France. Bradford has also received a number of public commissions and awards spanning from 2005 to 2011, and served as an artist in resident at the Houston Center of Contemporary Craft in 2010, and at the Skydive Artspace in Houston in 2011.