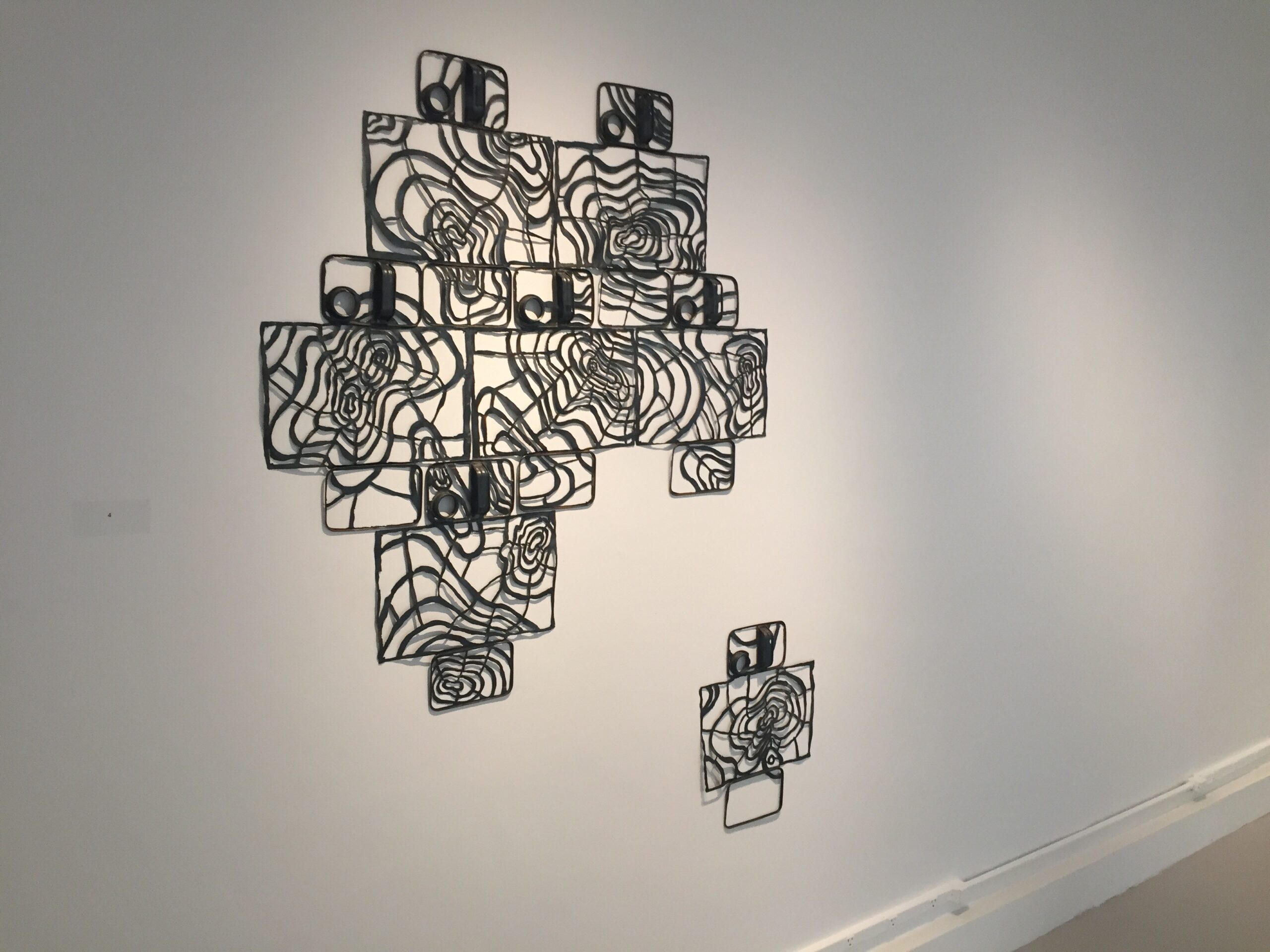 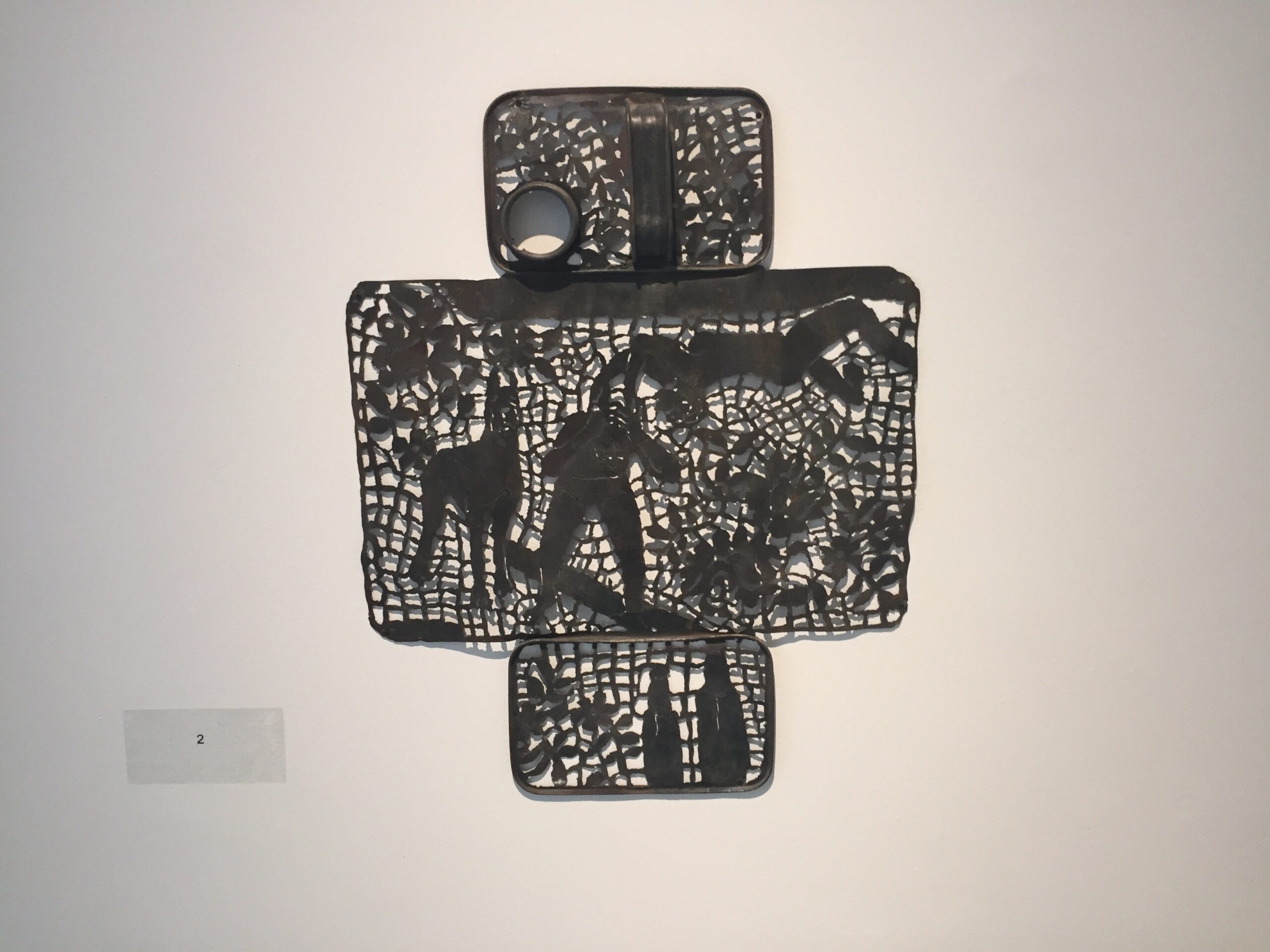 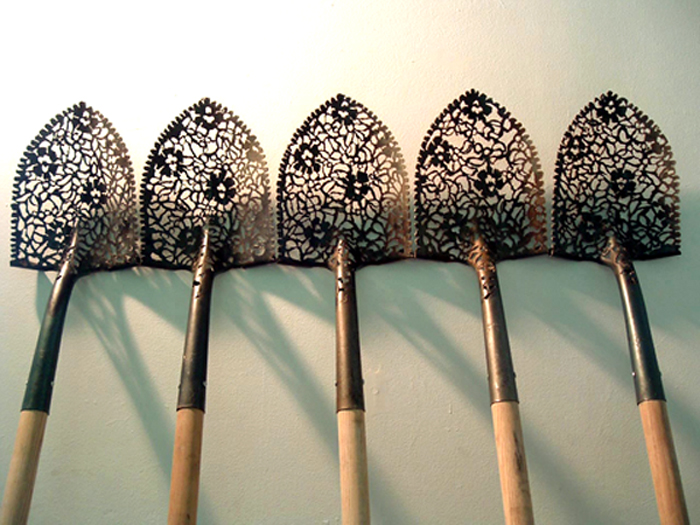 Lane’s artwork is physical, reflective, and conceptual. She pokes fun at gender roles and the machismo long associated with sculptural expression. Her fabrications wink to the work of artists Louise Bourgeois and Judy Chicago, while her ideas inventively contrast with her choice of materials. Reminiscent of Duchamp’s readymades, Lane deconstructs the modernist image of the pure industrial object, by manually cutting into the form and redefining it. Solid steel transmutes into delicate, open patterned lace and monumental sculpture become intimate.

A Canadian, Lane was born in Halifax, Nova Scotia in 1968, but spent her formative years on the West Coast on Vancouver Island in British Columbia. Her sculptural talents were first discovered in her mother’s isle salon, where she worked part-time as a hairdresser after school and on the weekends. She studied welding and metalwork during that time, a practical skill she used after high school to support herself. She repaired tug boats and did heavy structural work in industrial applications.

Lane recognized, “I was always an artist; making things was my way of trying to understand the world. Becoming a welder was how I made money.” Foremost an artist, the desire to go to art school was natural. She returned to her birth place to attend the Nova Scotia College of Art and Design and taught welding to architectural students to fund her own schooling. Lane graduated in 2001 with a Bachelor of Fine Arts and moved to New York State where her studies continued. Lane focused on sculpture at the State University of New York and completed a Master of Fine Arts in 2005.

For more than a decade, Lane has lived and worked in New York’s Putnam Valley. In her artwork, process is thought expressed. Materials are electrifying and meaningful. She originates novel techniques and develops new ways to see familiar objects. Lane finds it quite amusing to take industrial products and carve them into useless delicate objects, saying, “It’s a funny way to visually rebel against a past that no longer seems relevant.”