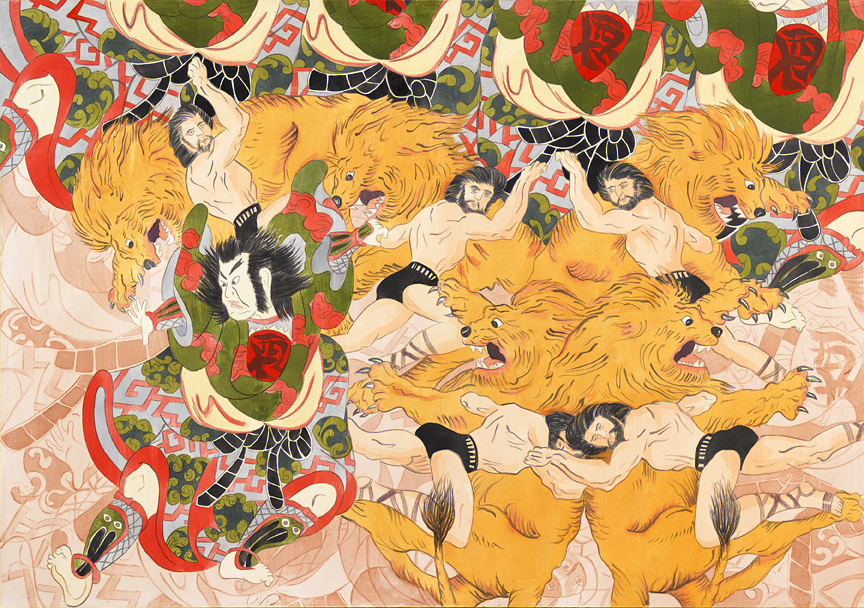 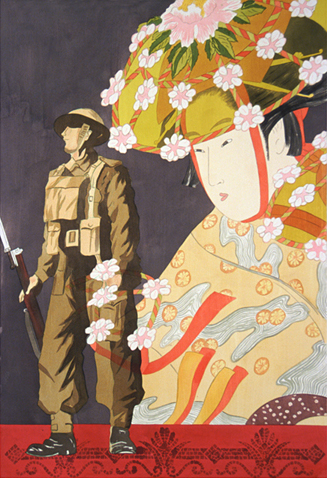 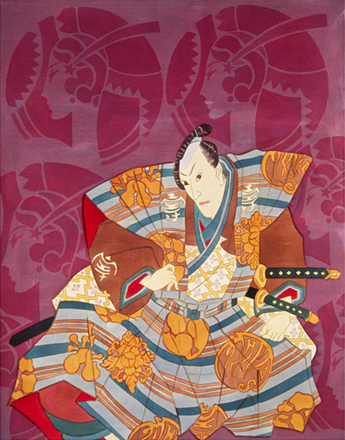 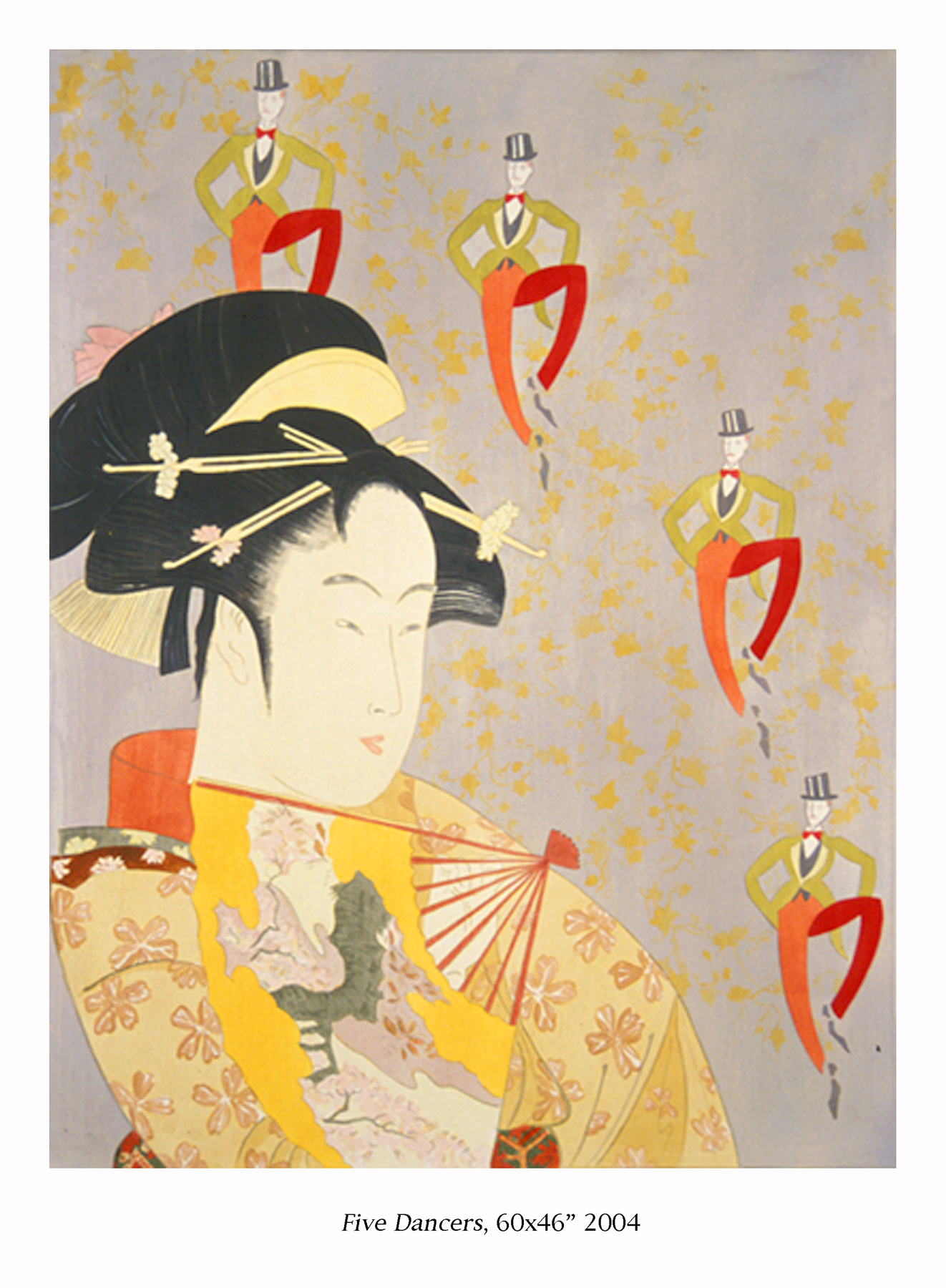 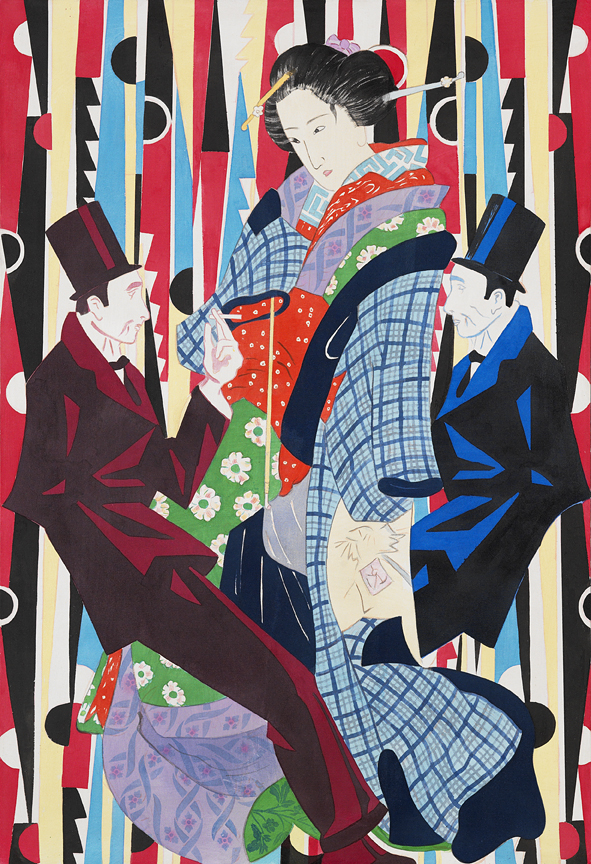 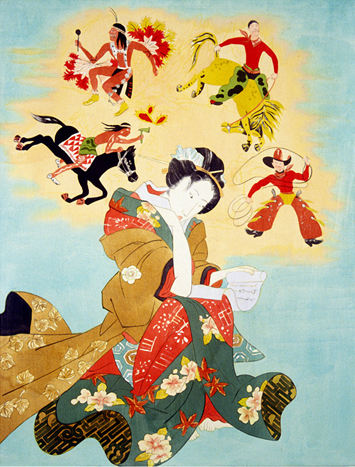 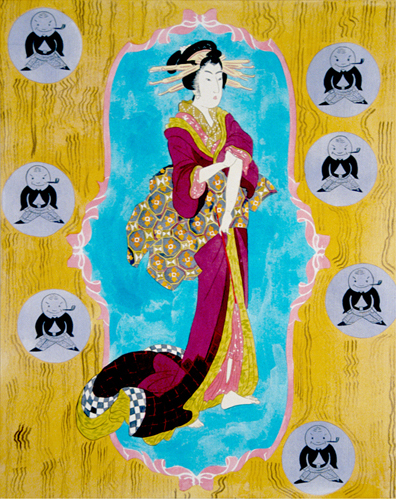 Artist Statement
I believe that, in our attempts to make sense of things that are not of our culture, we are forced to look more deeply into our own and into ourselves. Our appreciation for the new and different freshens our view of the familiar and opens up avenues for exploration. The paintings that comprise Floating World use images from 18th and 19th century Japanese woodcuts and from early 20th century Art Deco advertising and graphic design. We know these societies through the images they produced; they are distant enough in time that we reconstruct them through the lens of our own imagination.
In their respective times Art Deco and ukiyo-e were considered popular art forms—this has great appeal to me. Through the use of bold, flat design, crisp, fluid drawing and strong color, both approaches produced powerful images concerned with idealized beauty and fashion, (in itself, and as a marker of social position). Both arts promoted attitudes and life styles deemed desirable and sophisticated and were saturated with social politics. For me these images are custom made for exploring the complexity of gender and social relations and the meeting of eastern and western ideals and, above all, my own ideas of visual power and beauty.